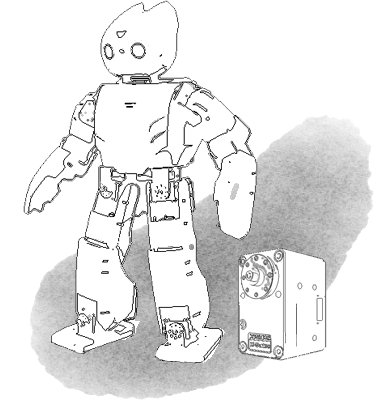 Founded in 1999, our company name ROBOTIS derived from a simple response to the philosophical question “What is a robot?” and since then we have been commercializing personal robots. In 1969 robots were first put into the manufacturing industry, and as we entered the 21st century they were put into factories, working for humanity in a variety of specialties ranging from medical, defense, security, logistics and agriculture. The so-called professional service robot era has opened, and is now running for the personal service robot era with technologies such as A.I. and HRI.

Upon entering the “Robotization” era where all business fields are applying robotics, ROBOTIS contributes to sharing and spreading technology among robot developers by offering a modularized and standardized solution for robot technology.

Use our technology to develop childhood dreams into reality. We provide creativity!

Our imagination goes into technology through creative education, and technology spreads to the world through a shared network. When the global competencies come together to create a civilized future which we’ve all dream of, these benefits finally return to mankind again. The virtuous circle of civilization. This is what we think the role of a company is.