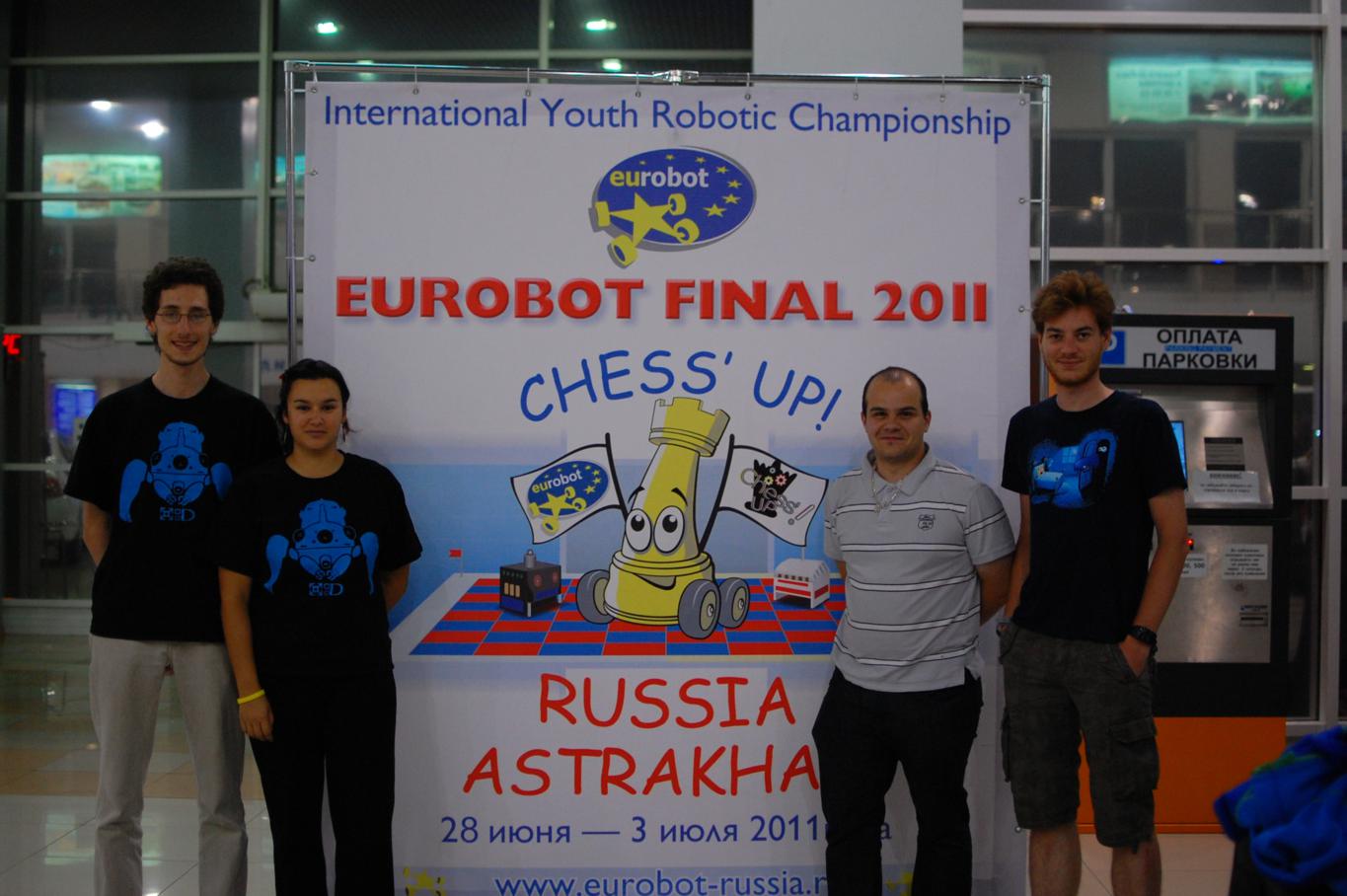 who started making robots in his university years.

Tell us more about your project.

Most of the robot projects I led to completion so far were made to participate to the Eurobot qualifiers, and each time they had a unique twist compared to most of the other robots of the contest. The first one had a system to build recursively, stacking elements by inserting now ones under the construction, and this allowed the robot to make stacks that would have been impossible to make with an other building system. Since then, I made a point to explore other ways to move around, with last year an omni-directional skating robot, and this year the Xachikoma, a beast with four 4DOF legs with orientable powered wheels, using a Bioloid Premium kit and some custom parts.

Here is the blog of Team XD, where Nicolas shares tips on participating with the Bioloid. 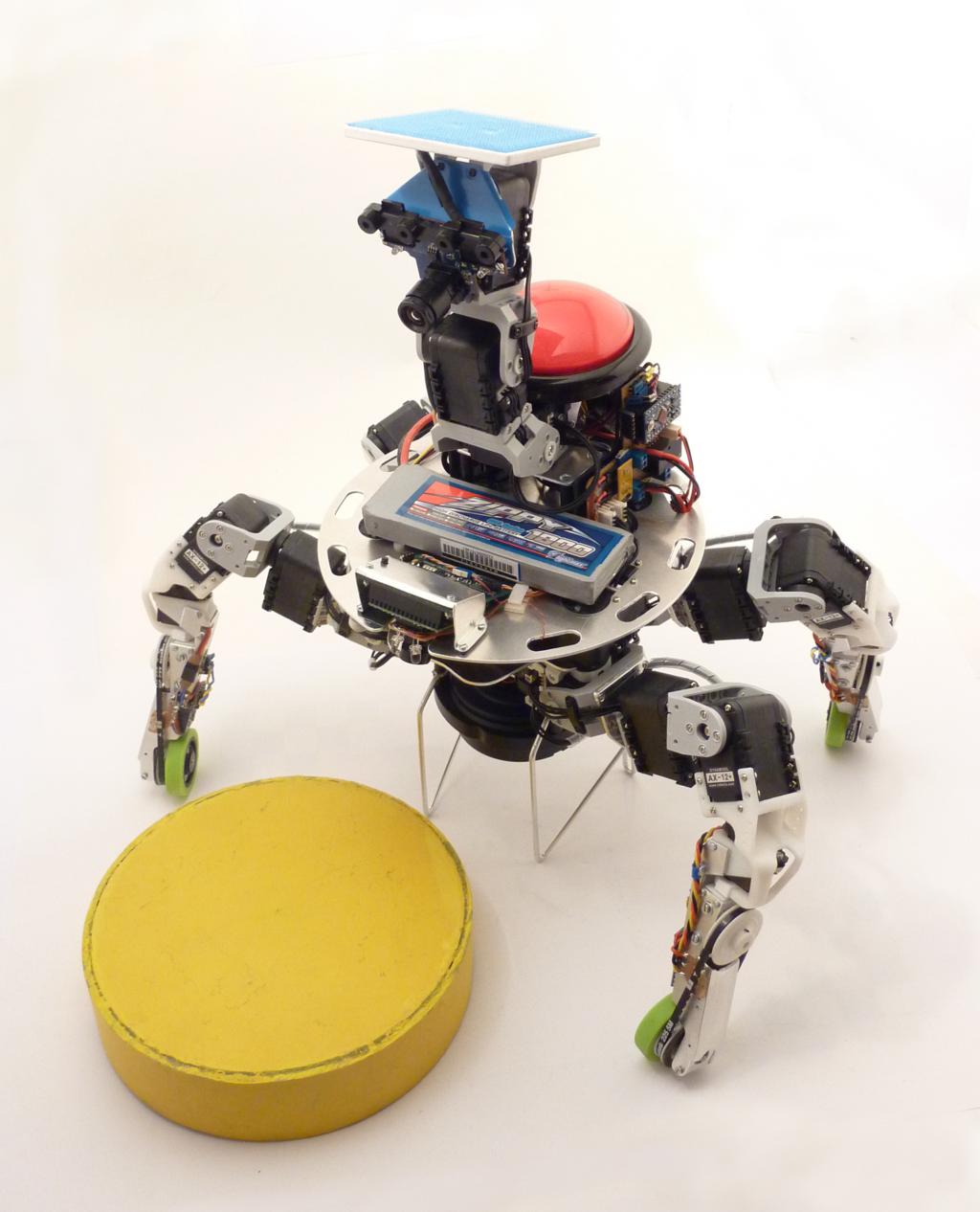 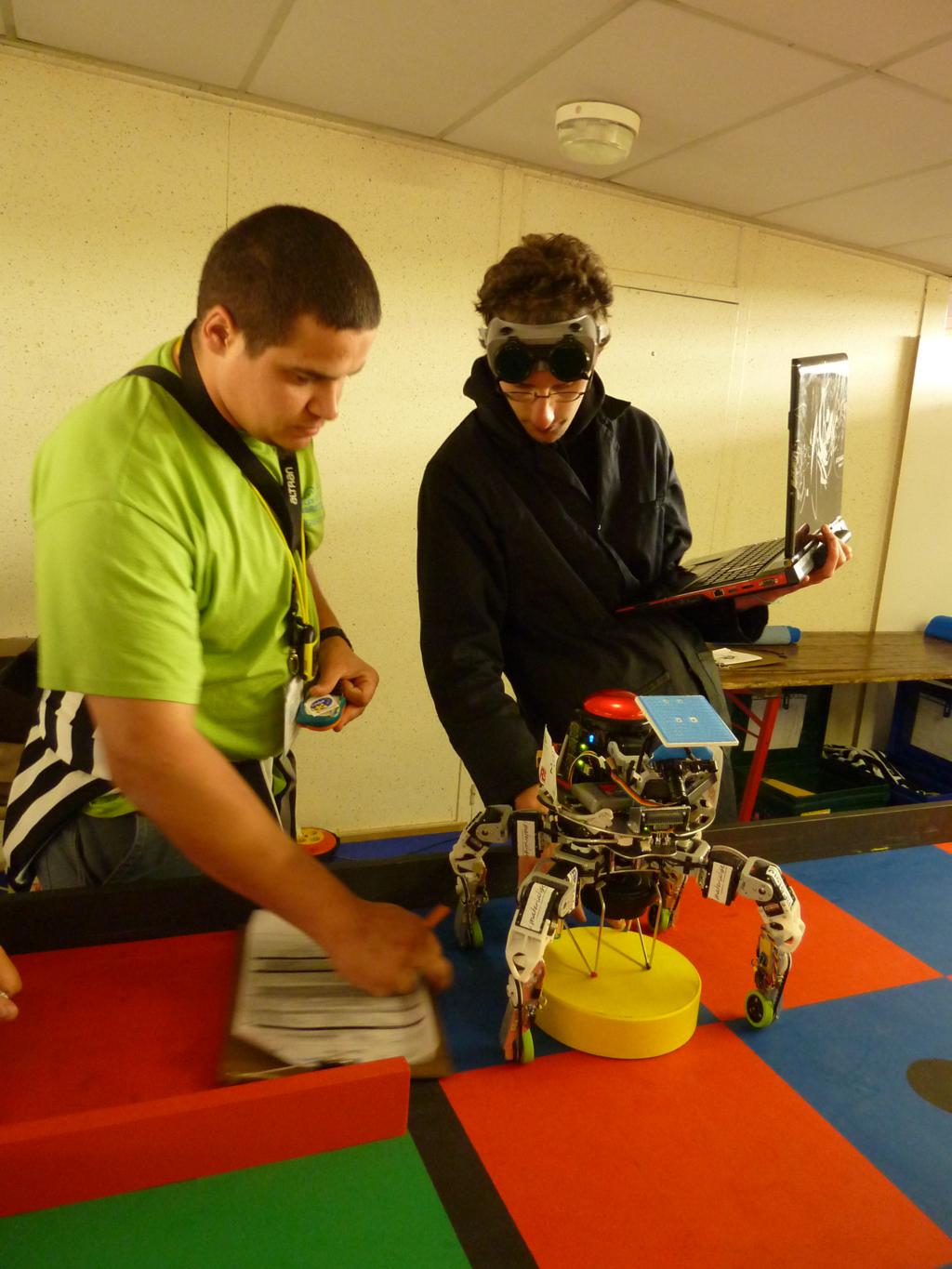 Tell us more about the Eurobot competition.

Eurobot is an international amateur robotics contest primarily aimed at getting young people interested in science, engineering and robotics. Each year, the challenge is different. Some things stay the same however, for example the robots are to be fully-autonomous, matches are 1vs1 on a 2.1x3m playing field for 90s, and violent interactions are prohibited. Each country can send up to 3 teams to the international finals, and in national qualifiers are organized to determine which ones. The rules are published around the beginning of the school year (September or November) and the qualifiers are held between April and June. For more information, http://www.eurobot.org

In France, around 180 teams enter the contest each year and only three of them can go to the final rounds. For the second consecutive year, we won the Creativity Award, and for the first time it allowed us to go to the finals, 3 weeks later in Astrakhan, Russia. My robot, the Xachikoma, got quite some attention from all the other contestant as well as the spectators. Security personnel of the event even rooted for us, it was really fun. 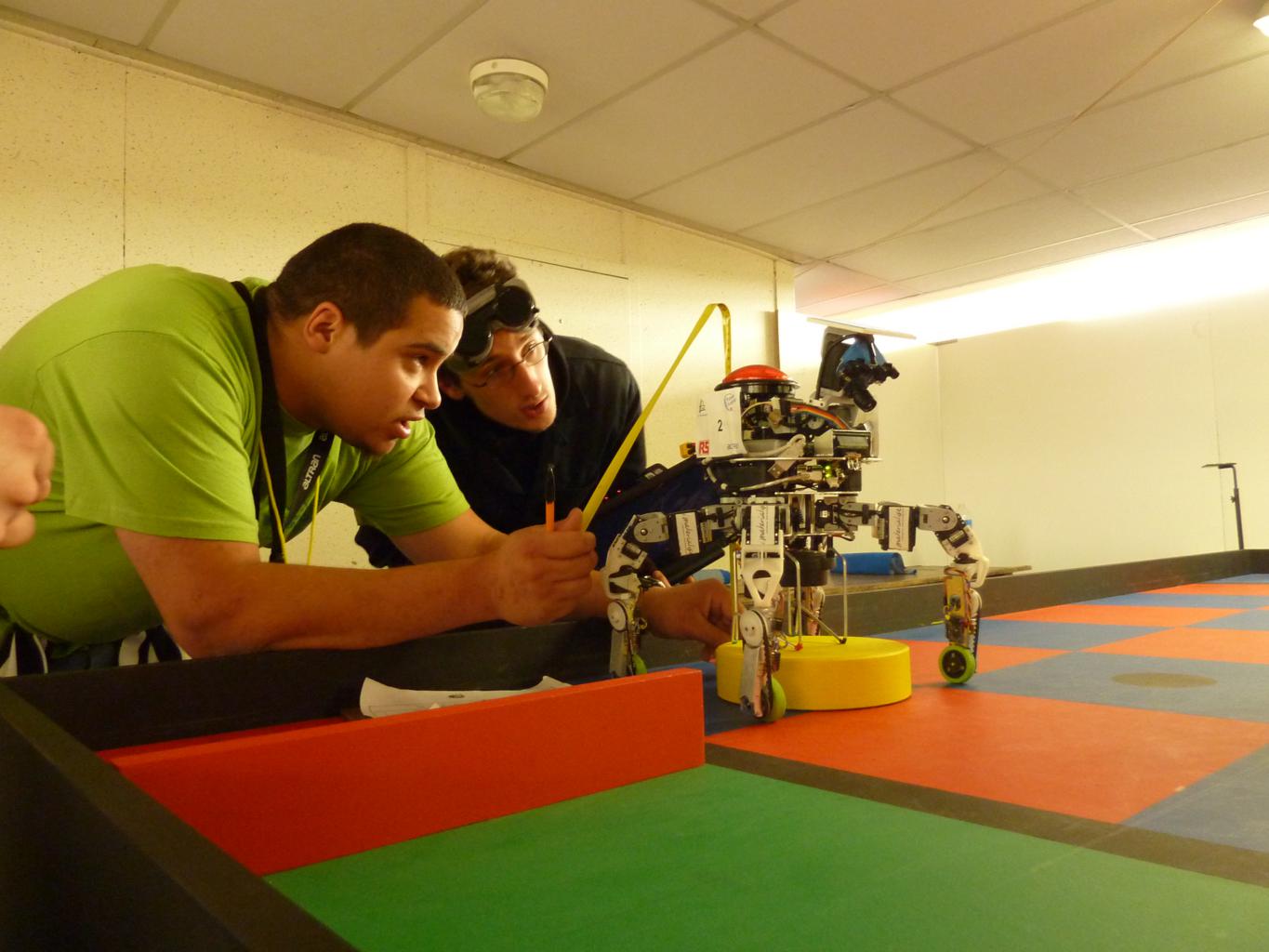 Maybe one of the coolest moment has been we used our secret strategy for the first time in an official match. We had finished developing the motion sequence to climb over the border of the starting zone by working all night, and even some of the members of the team did not know about it. The spectator cheered louder than any other match I could see except the finals, it was fantastic. :D

Here’s some tips for those who are participating in Eurobot next year!

“Tighten the screws properly! It will save you from many headaches. Also, plan carefully the way you will use the servos, and which one you choose, since you don't want to overload them. I've seen a few teams frustrated by their servos going in thermal shutdown and blaming it on the servo when most likely their design demanded more powerful actuators. Dynamixels are pretty sturdy, but they can only sustain so much abuse when used improperly.”

What is your impression of the MX-28?

The magnetic encoders used in the MX-28 looks like a very promising upgrade, both in term of functionality and longevity. Improved resolution, 360° operation, and the possibility to tune the PID controller are big improvements over the previous models. Just add a way to control it for multiple turns, with either absolute or relative rotation commands, and it would be perfect for me. :D
I use similar magnetic encoders on the wheels of my robot, except off-center ones (linear encoder + multi-pole magnetic ring). It's a very nice technology, and I'm glad to see it make its way into Dynamixel servos. Also, the new 32-bits micro-controller, with much more processing power and faster communication speeds open the door to more dynamic use of the servos.
TTL serial is available on many if not all of the cheap microcontrolers and can be used as half-duplex without too much hassle, whereas RS485 requires hardware less common among hobbyists. Also, having two different data buses added complexity that made it harder to use AX and RX/EX simultaneously. Now with the new MX, mixing small and medium-sized Dynamixel servos is easier and accessible to everyone, even without deep knowledge in electronics. I think this gives us more freedom to design our robots without worrying about adding too much complexity.