He is the founder of I, Bioloid (http://mike-ibioloid.blogspot.kr/) a blog which covers a wide variety of robotics and 3D printing.

Mike’s love for robotics first started with Lego, like most robot lovers, when he was in college but never really

his hands on his first ever robot kit, the Hitec Robonova. It won numerous awards, until it was one day stolen

from his car. From this, we can tell robots were popular enough to steal and risk going behind bars for some!

Anyways, Mike was feeling dishearten and discouraged after this incident, not so long afterwards, he was

introduced to the Bioloid Premium by his friends. It was more reconfigurable, more technical and most of all

more challenging than any kit he had used before. What good is it without any challenge! Endless nights of

study and research soon followed and brought him to a totally different level of robotics. He started 3D printing

opportunity to meet with other roboticist around the globe who have the same passion as he does.

He eventually met Lem Fugitt at RoboGames and remembers him as a great mentor and friend.  Meet his kids and also his robots, Happy, Boomer, and Robby. They all have 3D printed brackets. 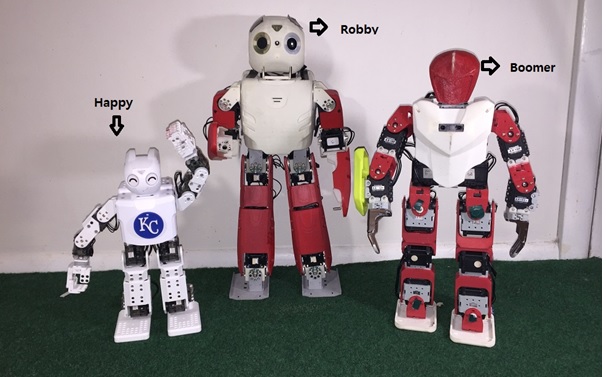 Boomer was his first robot, then Robby, and last but not least, Happy. He used 3D printers from many different

countries using different types of plastics and filaments to recreate their parts. Other than participating in

competitions, Mike made time to offer free robotics classes to children in the summer of 2016 to generate

more interest and to give them an idea of what it really is. Some people still think robotics is “hard.” So this

was a great chance to show people that anyone can do robotics. He plans to offer these free classes again

this year.  Here’s what Michael Overstreet wants to say to fellow roboticist : “Follow your passion and do what you love and enjoy. Challenge yourself to learn new skills and technics,

and don’t be afraid to learn how to use new tools. I hope to see and talk to all of the robotic hobbyist and

roboticist who are reading this post in the near future at the next robot competition or Maker Faire.  So we

can share ideas and thoughts on this cool passion of yours.”  Lem Fugitt is founder of the blog Robots Dream. He passed away in 2015.Photo Credits: Robots-Dream by Lem FugittClick to visit his blog, I, Bioloid 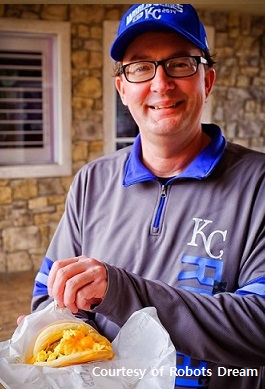